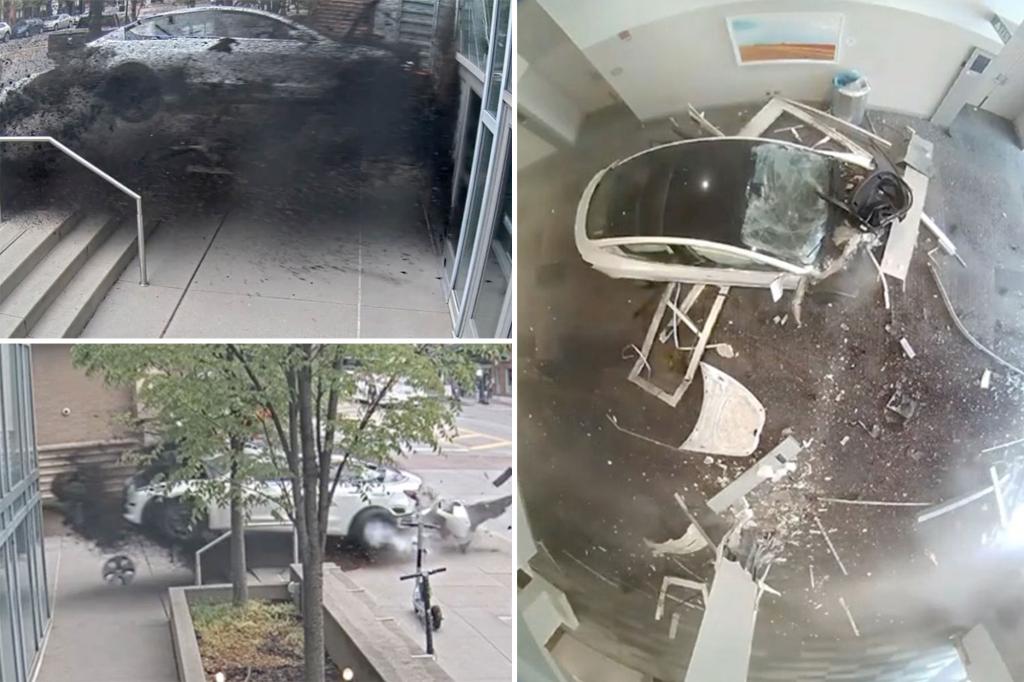 At 70 mph, Tesla crashed into the convention center in Columbus, Ohio, according to footage of the crash.

The driver of a 2020 Tesla 3 collided head-on with the center of the Columbus Convention Center on May 4 after the driver lost control of the brakes, according to a police report obtained by the WBNS.

Video shows The car, which was traveling at high speed, collided with the curb and flew over the stairs before passing through the barrel to the doors of the convention center. The car collides with the pillar inside, rotates 180 degrees until it finally stops moving.

The driver was taken to a local hospital, where he is in stable condition, police said. He was slapped for not controlling.

No one was injured inside the institution.

One of the witnesses told the police that Tesla seemed to have hurried to get a yellow light on the block, according to the police report.

There is no indication that a Tesla autopilot or full self-propelled barges caused the crash.

The National Council on Transit Safety has not launched a formal investigation into the technology involved in the crash, Fox News reports. reports. Local non-profit organizations are in high demand amid rising inflation